Be the first to review

Show me directions to Ronnie Crackers

Ronnie Crackers is an ideal entertainer for your childs party, whether it is a small gathering at home or a large special party in a hall, even for a factory Christmas Party. Ron has various shows ranging from a 30 minute nursery show to a whole two hour party package, including games and dancing.
Ron is recognised as one if one the best childrens entertainer in the Midlands. In fact he was voted UK Childrens Entertainer of the Year 2002, beating off competition from around the UK in a final held in Blackpool at the worlds largest magic convention.
Ron entertains using magic, comedy, games, puppets and balloon animals during his standard shows. In addition he can offer Punch & Judy and face painting to make the event even more memorable than it will be already.
Ron has used his childrens entertainment skills across the country and is regularly featured at Cadburys World, Alton Towers and Seven Valley Railway. He has also been used by major companies such as Warner Brothers Cinema, Lloyds TSB and The Merry Hill Centre.

There are currently no reviews for this company

Leave your review of Ronnie Crackers

All fields are required. Your review will appear immediately.

Thank you for submitting your review.
There was a problem submitting your review. Please try again later.
Incorrect password. Please try again.
You cannot review your own business
Reviews are limited to one per user and you have reviewed this business before.
The email address you have entered is already registered. If you have forgotten your password use the 'Forgotten your password?' link to reset it. 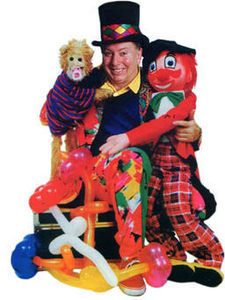 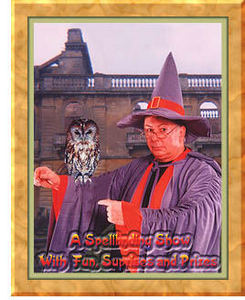